Glest is an RTS, or a Real Time Strategy game. Thus, the use of strategy is something the game revolves around. There's a large number of choices of strategy to use, and overly, the choice of strategy can completely determine the verdict of the game. It is recommended that players experiment to see what works best for them, utilizing their strengths and tastes.

Rushers create cheap, fast units and attempt to attack the foe before they are capable of putting up a proper defense. They thrive on small maps, as it takes less time to reach the foe. Their strength is their ability to destroy a foe before they are capable of defending themselves sufficiently. Their weakness is that if the rush fails, they are at a disadvantage of already having squandered resources and being behind defensively.

Turtling is the act of focusing on a strong defense, keeping all your units in your base, surrounding yourself with defensive structures, etc. They do not attack until their base is full or they are attacked, preferring to attack a weakened foe. Their strength is that it is very difficult to defeat a turtler who has their base full of combat units. Their weakness is that delaying their attack for so long can result in the foe growing too strong for them to defeat, as well, they risk running out of resources from their anti-expansive gameplay.

Raiders focus on hit and runs. Instead of charging a large number of units head on, they focus on using many fast or powerful units to sweep bases, causing as much damage as they can before retreating. This is commonly used to assault the foe's workers or buildings. The strength of raiders is their ability to cripple the foe's economy without serious damage to themselves. Their weakness is that the strategy does not work against combat units, only those who cannot attack.

Swarmers send large numbers of units in waves to try and combat the foe. They tend to focus on a single base, using large, diverse groups of units to lay siege on the opponent. Their strength is the ability to send a large number of foes at a time to attack a foe, crippling them continuously. Their weakness is that as a result of sending all these units away, their defenses tend to get neglected, and sending so many units has very high upkeep.

Utilize multiple small bases with their own defenses towers and units to defend it. Production buildings will be built in appropriate places (sometimes in pairs or threes), with medium defenses. Strength is in the numbers, and the ability to recover quickly if a single base is lost. The weakness is that scattered bases are far easier to topple one by one than larger, better fortified bases.

Similar to the Lords' strategy, but instead of having multiple smaller bases, Communists use a scattering of units over a large area to try and control that area. In effect, it's one massive base. However, this comes at the risk that moving to a part that is being attacked can be difficult to perform in a timely manner. The strength is the size that they control, as they can cover large resource areas and many paths. Their weakness is the fact that units tend to be scattered out, making it difficult to put up a constant defense.

Chieftains focus on attacking en-mass with one large army. They aim to have to attack only once, stockpiling units in multiple bases, expanding, but holding off attacking until they have a very large army. Their strength is that they are fiendishly powerful, and can take out players completely when they attack. Their weakness is that if their attack fails, they leave themselves crippled, and can be continuously disrupted, holding off their attack.

Octopus players expand their bases, making that their focus. If there's resources, they can create a base there. Their strength is that losing a base hardly puts even a dent in their economy, and they can utilize that economy to expand further or advance an army. Their weakness is that scattered bases are very easy to take out, and their economic focus tends to leave them with a poor army.

Eagles focus largely on getting air units early on, and use those to expand and make up the bulk of their army. Effective use of the eagle tactic will sweep targets for anti-air units before sending in their air units to lay waste. Their strength is the advantage air units tend to have over ground units. Their weakness is that air units are slow and expensive to create, can be crippled drastically by anti-air units, and are vulnerable early in the game until they can start mass producing air units. 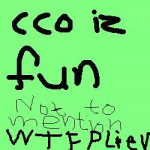