Glest and its forks currently are restricted to the G3D modeling format. Currently an up-to-date importer and exporter only exist for Blender, requiring that Blender is used for modeling or at least converting imported models. This is done with the G3D support python script, which allows Blender to both import and export G3D models.

The script to use depends entirely on the version of Blender used. It is strongly recommended to use the latest version of the export script, which this page will be detailing.

To export a model to G3D, in object mode, select the meshes you want to export (if nothing is selected, everything will be exported, then open the file menu of the info window, choose export, and select "Glest 3D File (g3d)". Choose a file location and all objects will be exported to G3D (non-compatible objects such as bones, cameras, or lights will not be exported).

To import a model from G3D, open the file menu of the info window, choose import, and select "Glest 3D File (g3d)". Choose the file to load and it will be loaded at the origin. Note that animations cannot be imported, only the meshes and UV (texture) coordinates. 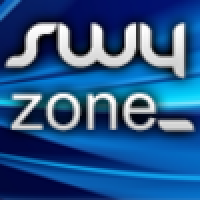